How Legos Licensed the Universe, and Ended Up Ruling Us All | Underwire | Wired.com

Lego, pre-millennium: stackable bricks, generic yellow-headed characters, revenue sputtering. Lego today: Crushing the toy industry under its interlocking feet, having overtaken Mattel and Hasbro as the most profitable toymaker in the world. That’s partially due to licensing deals, which, starting in 1999, added icons like Darth Vader and Batman to the mix. Many other properties followed—and The Lego Movie, out in February, features many of our favorite modular heroes meeting for the first time. Here are some of the character lines that helped make it happen. 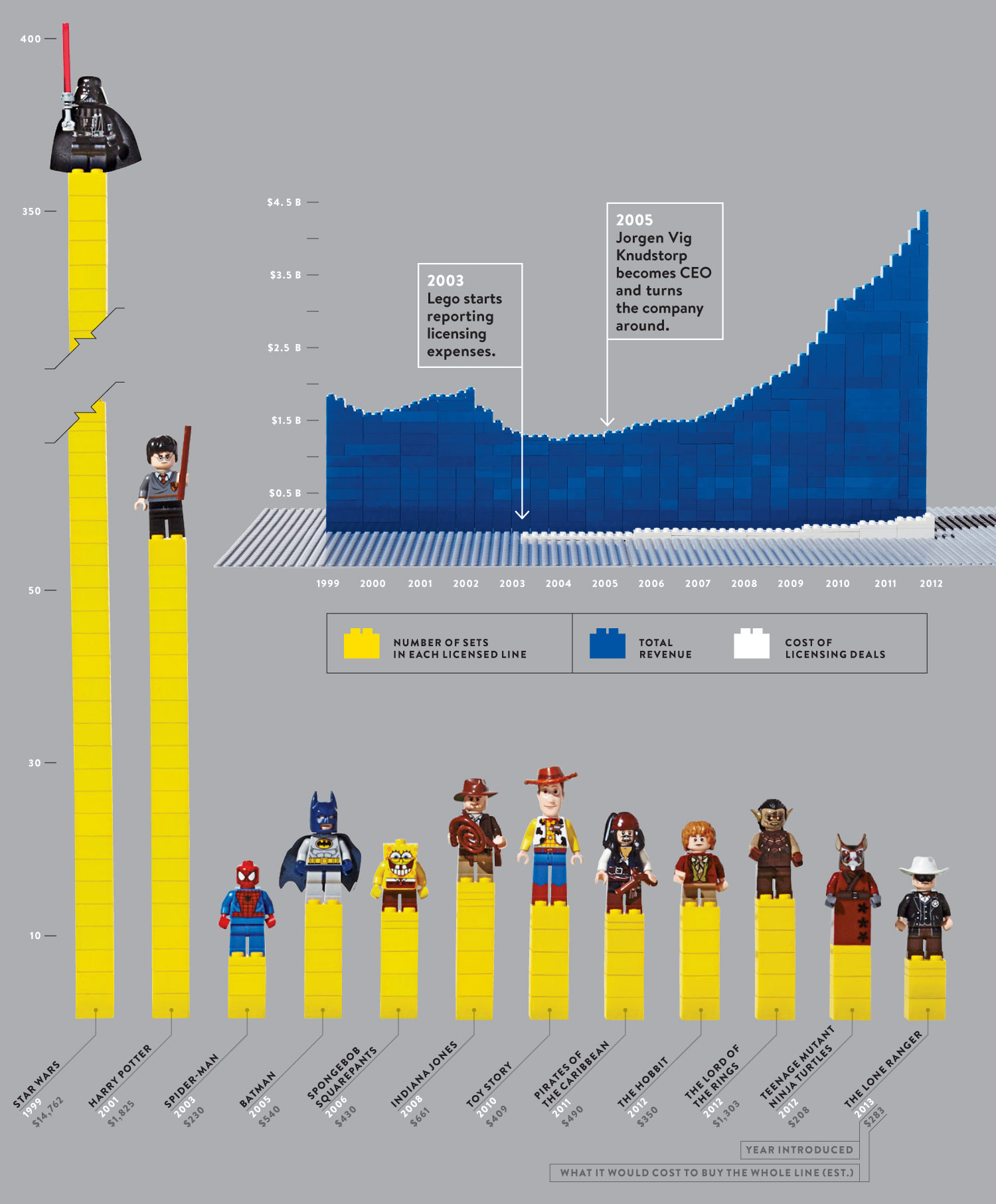